Bob Saget’s Grieving Widow Kelly Rizzo In Process Of Selling Home: ‘Too Hard For Her’ - Legit Trend Skip to content 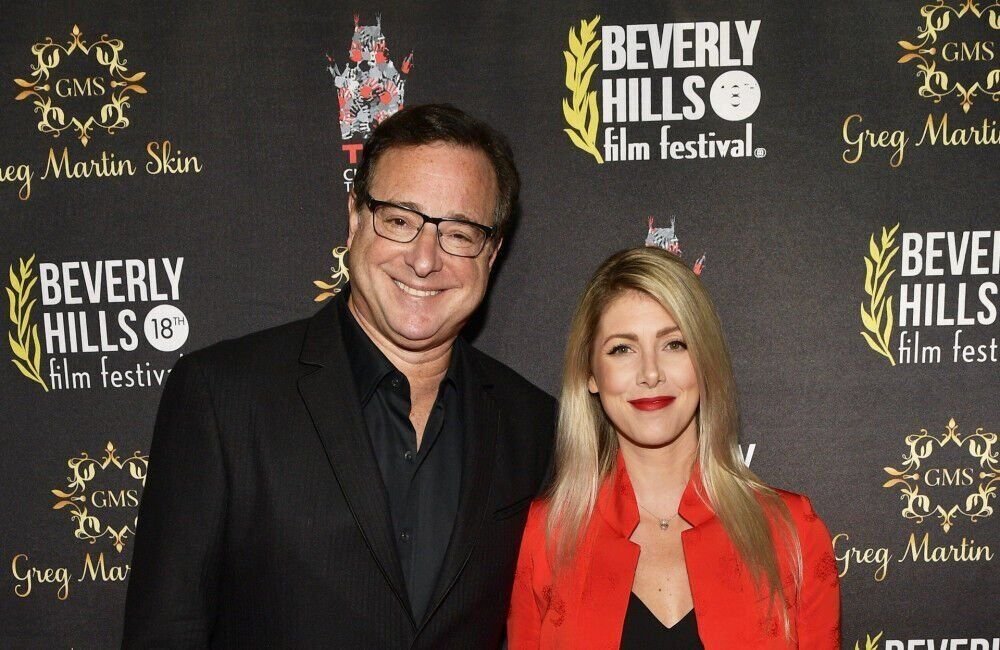 Kelly Rizzo is gearing up to say goodbye to her family’s home!

The travel blogger, best known as the wife of the late comedian Bob Saget, has no plans on living in her matrimonial house without her doting husband.

ET reported the heartbreaking news after an insider claimed the grieving widow could no longer endure the crushing weight of the “Full House” star’s absence.

The loss of a loved one is a bitter pill to swallow, others may sympathize but only those left behind truly suffer an inconceivable pain.

Such is the case of the “How I Met Your Mother” star, whose memory lives on in the hearts of fans, friends, his wife, and three children.

The actor’s unexpected death took the world by surprise, sending millions across the world into a state of grief. However, his loved ones felt his absence on a different scale.

According to a source, Rizzo, who tied the knot with the comedian in 2018, would be moving out of the couple’s matrimonial home.

The informant explained that the “Eat Travel Rock TV” host had started processing the lovebirds’ family home sale because the 42-year-old found it difficult to live there. In the insider’s words:

“There were so many happy memories they shared together and with his family, but it is too hard for her to be there after his passing. Kelly is staying in Los Angeles.”

The shocking revelation came weeks after the blogger thanked fans for their consistent support in an emotional social media update.

Taking to her Instagram Story, Rizzo opened up about how people’s “kindness” became her ray of hope during this difficult period.

“I really just wanted to take a second to say to everybody that it has not gone unnoticed,” she said, “I have been incredibly grateful and appreciative of all of you for the love and support.”

The Illinois native explained that numerous strangers on the social media platform became her friends after sharing similar stories of loss with the comedian’s wife.

“You’ve poured out your heart,” the blogger said, “It’s just really kind that you’ve tried to help me by sharing your stories.”

However, the “Fuller House” star’s widow claimed that what turned the tables around was not people’s sympathy but their admiration for her late husband. In her words:

“Seeing how much of an impact he had on all of your lives is life-changing and just immeasurable, how much it means to all of us, especially I know how much it would mean to Bob.”

Barely holding back her tears, Rizzo continued, “He thought he was pretty well-liked, I don’t think he had any idea it was to this extent, how much of a difference he truly made.”

Although the “Dumb and Dumberer” actor’s wife felt grateful to fans for staying in her family’s corner, the travel blogger’s appreciation did not extend to everyone.

As previously shared by The Blast, Rosalie Cocci, the showrunner at the Ponte Vedra Concert Hall in Florida, where Saget performed his final comedy gig, shared new details about the stand-up personality.

According to her, the Philadelphia native was not in the best shape before taking the stage on the fateful night of his death.

The showrunner claimed the 65-year-old complained of several problems, including “a sore throat and hearing issues.” The Grammy nominee also told Cocci that he had “long-term COVID.”

These allegations of poor health contradicted reports from the hotel valet and the project coordinator, who shared similar reports of Saget “joking around” hours before his death.

To bury the various speculations flying around, Rizzo released a statement via her attorney Brian H. Bieber, in which the widow insisted that the truth was evident in her husband’s death records.

The 42-year-old also asked for privacy to mourn her husband. After the father-of-three’s autopsy reports were made public, his family released an official statement.

The “Raising Dad” star’s loved ones confirmed the actor died from head trauma, after accidentally hitting his head on something.

They expressed their gratitude to fans for their support and implored them to cherish the icon’s memory, especially the “love and laughter” Saget gave the world.

READ MORE:  Dana Hamm Puts On A Busty Display In A Teal Swimsuit