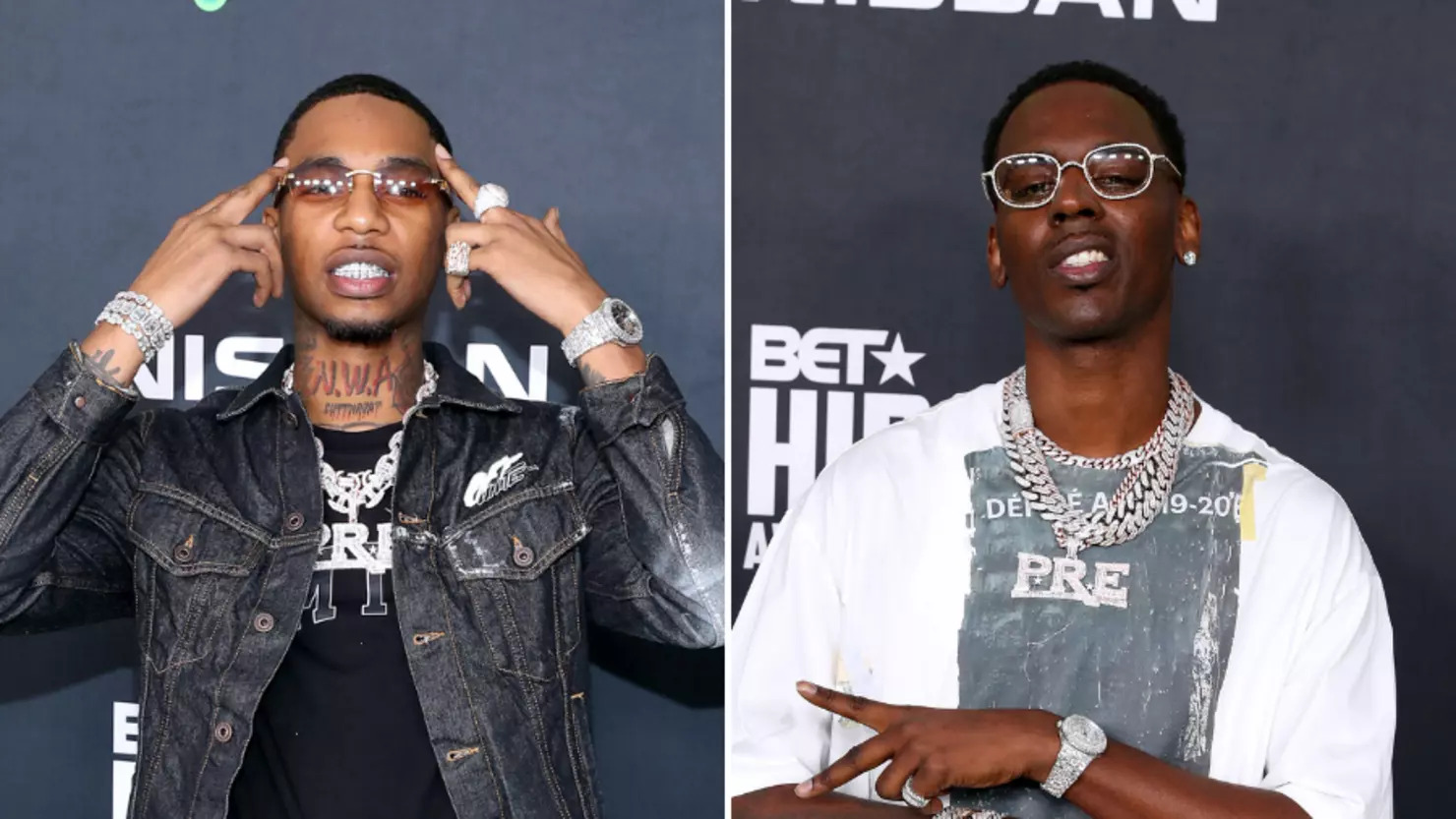 Markeyvius LaShun Cathey, best known by his stage name ‘Key Glock,’ has finally opened up about coping with the loss of his cousin.

Five months after the “100 shots” rapper was brutally gunned down in November 2021, his protégé discussed the painful affair on Complex’s “360 With Speedy Morman.”

The death of a relative is a difficult pill to swallow, especially when their passing tragically occurs in the spotlight, giving little privacy to process a loved one’s demise.

Such a case can be seen in Dolph’s murder, which shocked hip-hop fans around the world but the “By Mistake” rapper’s family suffered the biggest blow.

In his first interview since Dolph’s death, Glock reflected on his cousin’s demise, barely keeping his tears at bay while discussing the heartbreaking event.

When Morman asked about the “Look At They Face” musician’s wellbeing, the entertainer claimed he was just “content” before explaining the array of emotions going through his heart.

The Memphis native confessed that he still could not wrap his head around the Billboard chart-topper’s untimely passing, emphasizing that he was not okay. The 24-year-old said,

Recalling the traumatic moment he learned about his Young Dolph’s passing, Glock stated that he was lounging at home when someone suddenly called for him.

Immediately the “Back To Back” rapper knew that something was wrong by the tone of the individual’s voice.

In his words, “Somebody called me in the house like, you know how you can hear how somebody call your name, like the tone of the voice, like you know something wrong you just don’t know what it is? That’s what it was.”

When Mormon asked if the hip-hop star had found a way to heal during this difficult period, the young songwriter sadly stated that there were no words of comfort to ease his pain.

The entertainer said, “Nobody can tell me that nothin’ I can do can make me feel better,” before describing himself as “numb.”

However, the “Racks Today” artist clarified that listening to the songs he and Dolph made, caused his heart to swell with a mixture of joy and sadness.

Before this interview, Glock previously discussed his dear friend’s passing in a since-deleted post on Instagram, shortly after the Paper Route Empire label founder died.

As shared by The Blast, the Memphis native deactivated all his social media accounts after the father-of-two was gunned down in November.

The “Channel 5” artist later returned to publicly grieve his cousin’s death by sharing a carousel of the dynamic duo’s pictures, detailing their relationship over the years.

These heartwarming snaps were accompanied by a poignant caption that read “Damn bro, I’m LOST my heart is torn my brain bout to explode it HURTS when I breathe..why you leave me so soon??”

The 24-year-old explained that he did not understand why he had been experiencing “loss after loss,” stating that Dolph’s death came after his dad, aunty, and grandma passed away.

Following the heart-wrenching social media post, we reported that the “Play For Keeps” artist paid tribute to his late cousin by engraving the rapper’s memory onto his skin.

Taking to his Instagram stories, the 24-year-old songwriter shared a video of his tattoo, which was a realistic drawing of Dolph rocking a pair of glasses.

Attached to this beautiful post were the words, “When they see me, they see you,” alongside a yellow heart emoji.

Earlier this year, The Blast revealed that authorities had made a breakthrough in the “On the River” rapper’s homicide case, adding two new persons of interest.

The Memphis police department announced that Devin Burns and Joshua Taylor were wanted for questioning in connection to Dolph’s murder, although their roles in the crime were not stated.

Before these men surfaced, Justin Johnson and Cornelius Smith, the gunmen responsible for the “1 Scale” artist’s death had been arrested and convicted for several charges including first-degree murder.